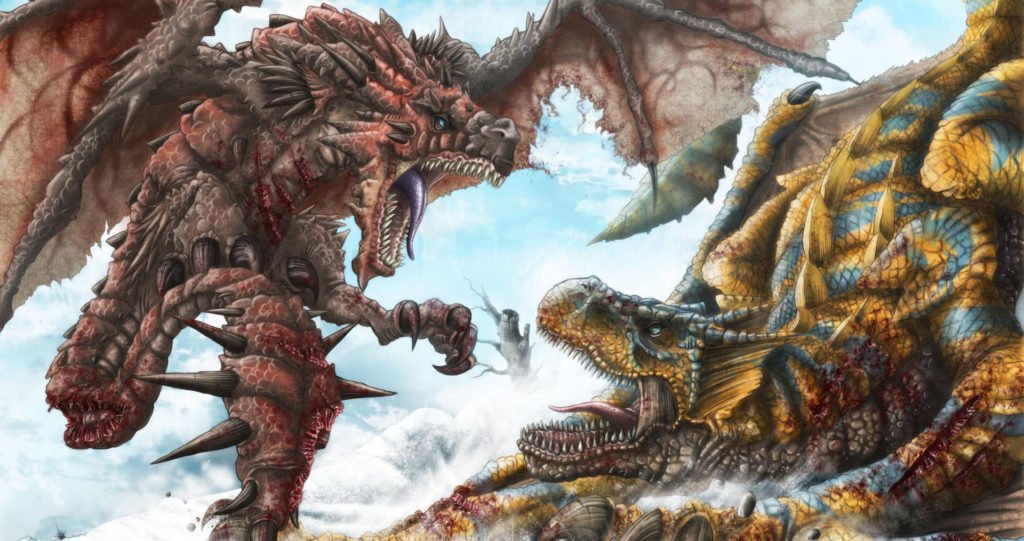 “He who fights with monsters should be careful, lest he thereby become a monster.”

I’ve been fighting my mind-monsters lately. Last night was quite a battle, one in which i really had to pull on some resources to remind myself ‘which wolf/monster i’m feeding’.

I’m sure many here are familiar with the symbolism of the two wolves Cherokee wisdom story, that asks the question about which ‘wolf’ you choose to feed…

(An old Cherokee is teaching his grandson about life. “A fight is going on inside me,” he said to the boy. “It is a terrible fight and it is between two wolves. One is anger, envy, sorrow, regret, greed, arrogance, self-pity, guilt, resentment, inferiority, lies, false pride, superiority, and ego.”

He continued, “The other is joy, peace, love, hope, serenity, humility, kindness, benevolence, empathy, generosity, truth, compassion, and faith. The same fight is going on inside you – and inside every other person, too.”

The grandson thought about it for a minute and then asked his grandfather, “Which wolf will win?”

The old Cherokee simply replied, “The one you feed.”)

In the past this has been a really useful symbolism for me to watch the mind spinning into my story, to watch where and what i give energy, what in myself I ‘feed’, grow and nurture, which thought-form lens is colouring my perceptions.

However, as my wise Shamanic teacher from the Toltec tradition used to point out, there is an other side to this. What is going to happen to the other wolf? What happens to the monster you don’t feed?

It sure is not going to feed itself. In fact, it will become increasingly tricky, devious, ravenous, stealthy, undermining, covert and demonic, stealing the food it wants.

At the time this was quite an eye opener to me, and since then i’ve actually been feeding both my ‘wolves’, and have put my monstrous one on a specific diet.

You see, as it is with Dragon Slayers, so it is with those who fight monsters; you have to be careful what that will make you become, what it will kill within you as you starve/slay away.

What the monster-wolf really requires, is to be fed what it needs, and no longer what it wants. This may seem subtle, but is a huge difference!

The monster of my angry ‘wolf’ wants to be fed fury, wants to tear and hurt, blast into oblivion, give pain, revenge, punish, feel righteous and justified, and come out on top. So i pay a lot of attention when this hungry monstrous wolf-dragon shows up. It takes really the help of my other wolf-dragon to not get enslaved or ridden by this hungry monster.

What it needs, and is actually hungry for, is to be allowed to feel/show the hurt, to cry, to feel smallness and hopelessness, to be given compassion, to be fed love.

On this diet, my Monster turns into the guardian Minotaur of the mysteries: soft power and empathy, open heartedness and willingness to engage.

Last night I had to fight to not fight within myself, to sit with and feed both my wolves, both my monstrous and valiant dragon, precisely what they needed to start becoming friends.

How the black bird got Rhiannon’s song of love. (A modern myth)